Looking for the best Fringe shows?  Here's a variety of recommendations:

With the festival starting on Jan 14, here's some Fringe show top picks from the full program.

Also, thanks to Urban List who have listed my new show Comedy Hypnotist Matt Hale: Absolute Chaos! in their list of 10 Of The Most Spectacular Shows To See At Fringe World 2022.

And So Perth who popped Absolute Chaos on their 12 Must See Fringe World Shows in 2022.

You can buy tickets for Absolute Chaos right now  - Head here for tix/info. 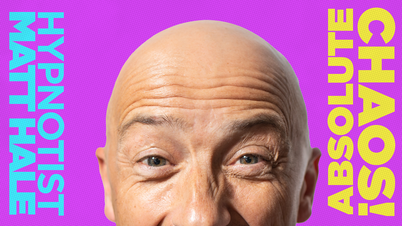 Unique world-first clubbing concept from the DJ alter-ego of Hypnotist Matt Hale.
Using Silent Disco headphones & custom visuals for an immersive dancefloor experience. The Clubnotist takes you on a guided visualization from house music, blending imagination & banging beats.
Close your eyes, open your ears & mind on this musical trip to move your feet & feel the beat like never before.  Exploiting the trance-inducing qualities of house music, The Clubnotist fuses upfront & classic tunes whilst guiding your thoughts.
This is a club experience (non-seated), no stage, no props, it’s all in your mind! At times, you’ll be asked to close your eyes to allow your mind to focus. Other times, you’ll be moving/dancing!

​Anyway, check these shows out!
You can also check out my picks of early release here.
​ 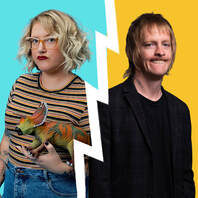 Bored of the same old routines day in and day out? You, my friend, could do with a 1 Night Stand
Join two of Perth’s favourite acts, Comedy Zone’s Tor Snyder (Canada) and 96fm’s Jon Pinder (UK) for a one-off night of new and improvised stand-up comedy. No subject is off-limits, no tangent is too far, and no two shows are the same!
​
Or check out Jon's solo show Absolute Geezer. 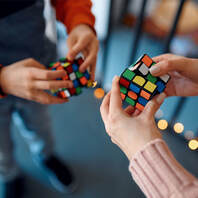 Scramble! Speedcubing in the Underground

Ready to make a move? Assemble your family and friends in the Underground for a summer series of speedcubing events this FRINGE WORLD!
​
Sat 15 Jan: Speedcube Community Rumble – A relaxed hands-on experience for people of all ages and abilities. Learn to solve a speed-cube with tutorials from the experts, join a friendly competition, try your luck against a State Champion or watch the masters in grueling and hysterical challenges!
Sat 29 Jan: The Perth Underground Open 2022 – An official World Cube Association speedcubing competition! 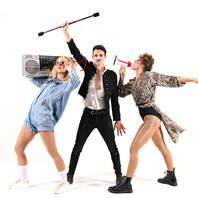 ‘80's Mixtape | Side B’ tickets are HOT property. After a sell-out season of ‘80’s Mixtape’ in 2021, these tickets won’t last long.
So get Physical and start Running Up That Hill before you miss out. We don't want to hear anyone complain that they're "Dancing With Myself". Time After Time the show will go on, With Or Without You.

Bringing back your favourites, including internationally acclaimed MC, Andrew Silverwood. 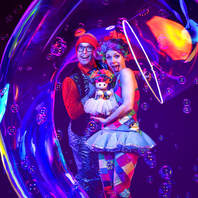 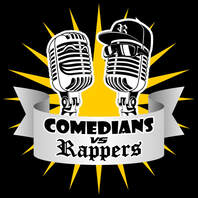 The stage is set for the ultimate showdown. What do you get when you pit some of the world's top freestyle rappers against some of Australia’s top comedians?
Watch our hosts take the comedians and rappers through their paces in this high octave, no holds barred showdown that will leave you in stitches for months to come.
EVERY SHOW IS DIFFERENT.. new comedians, new rappers and a whole load of chaos. 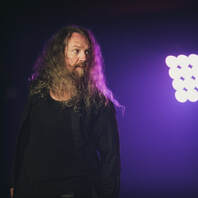 Dave is back. The dancers are back. The video screen is back. But they've all been given a 70s makeover.
​This is a hilarious and nostalgic tribute to event television, the kind of wild live variety you don't see anymore, but with a knowing nod to the present. Forget 2022 and be transported to a simpler and happier time (we think it was, the memory plays tricks). World debut! 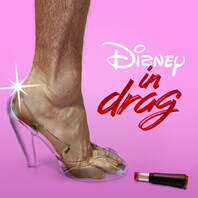 ​Dizney in Drag: Once Upon a Parody

If Disney brought you UP, well get ready to fall down the rabbit hole...
Dizney in Drag will have you laughing like a Hyena, crying like Dumbo, and grinning like a Cheshire cat into a Whole New World you didn't know you needed.
​Prepare to have all your childhood dreams shattered like Cinderella's glass slipper in an elephant graveyard of adult fantasies and gender-bending fairy godmothers. Follow some of your much-loved childhood characters and discover sides of them you never knew existed. 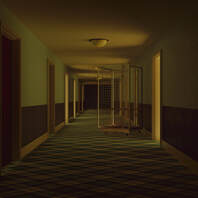 EULOGY is a communal experience in a shipping container, that uses 3D sound and speech recognition technology to immerse audiences into a dreamlike, labyrinthine hotel that is imagined in the darkness.
​Audience members are transported through rooms and down corridors on an intense and exhilarating journey and a deeper exploration of the relative merits of an embodied human conscious experience versus one that only exists in the imagination. 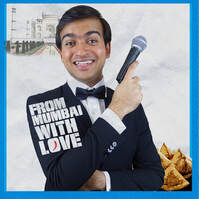 From Mumbai with Love

Shash would be the closest thing to James Bond if James Bond was an Indian immigrant raised in a small family of 14.
​Described by his Aussie mates as the best thing since Sliced Naan, Shash Kapur is here to make you laugh. Raised by a Gangsta Indian Dad and a loving mother who has a Master's in Negotiation, this Indian prodigy brings you his family-friendly show. ​ 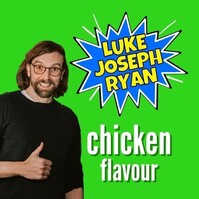 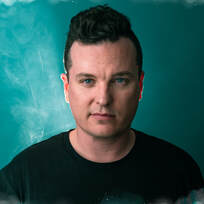 Circus for grown ups: ROUGE is a decadent blend of sensational acrobatics, operatic cabaret and tongue in cheek burlesque.
​Winner of Best Circus Adelaide Fringe 2020, and weekly awards for Best Circus at Adelaide Fringe 2018 and FRINGE WORLD 2019, Rouge is returning to Perth with its outrageous brand of adult circus. 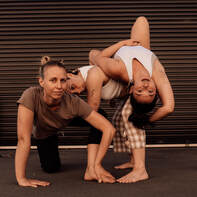 She is Strong, is an intimate and powerful show, which celebrates the hidden world of circus women.
​Through circus, photography, and music, three artists reveal honest stories that have inspired their strength. 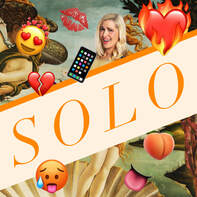 SOLO
​
Dating and parenthood are like riding a bike. Simone can’t be _ doing either.
Simone Springer is SOLO. Single again after 17 years, a few things have changed since the last time.
Navigating dating and parenthood, a world of tinder and unsolicited pictures. Join Simone as she laughs her way through it. "Witty and confident" Stage Whispers
If you are single or a parent, this hilarious and relatable comedy show is for you.
For anyone who doesn’t want kids or is happily in a relationship, this will make you relieved you aren’t SOLO. 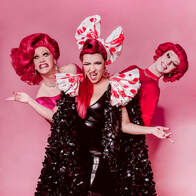 Tash York is ready to take the stage after a socially distant year of stewing in her own thoughts!
Backed by her fearlessly boozy backing singers “The Red Red Wines” (Matthew Hadgraft & Vivian Fonteyn) expect an hour of smashing original and parodied songs, true stories, improv, and probably a mention or two of her cats (she has 3 now).
Calling out the Karens, canceling the conspiracies, and capsizing toxic positivity Tash York is bigger, brassier, and bolder than ever! With a swag of awards and acclaim for her previous solo shows “Adulting”, “Badass” and “Winefulness”, “Trash Talk” is full of exuberance, outrageous behavior, and probably a glass (or 10) of wine to boot! 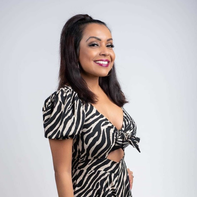 Miss Samia: The Bae Of Bengal

Teacher by day, certified bad bitch by night, Miss Samia is not your typical everyday kinda woman.
​Born into an ethnic family immigrating here, she takes you on a journey of forever failing her parents for still being single and childless in her 30s, the wonderful world of trauma in modern dating through Tinder, and the joys of teaching school kids, which probably has a lot to do with her first point on why she's also childless. 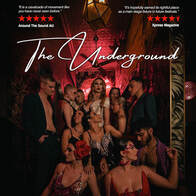 As the sun sets on another night in Palma, the illustrious cast of The Underground prepares for another unforgettable night. New dancers have ignited turmoil within the cast, causing a fiery divide. Can you take the heat?
​Featuring live music, internationally acclaimed performers, and world-class production, this explosive work merges dance, drag, and fire performance in a tantalizing show unlike any other.
And if you are still not sure where to begin, start by grabbing some tickets to ABSOLUTE CHAOS and then exploring your options!
FringeWorld.com.au 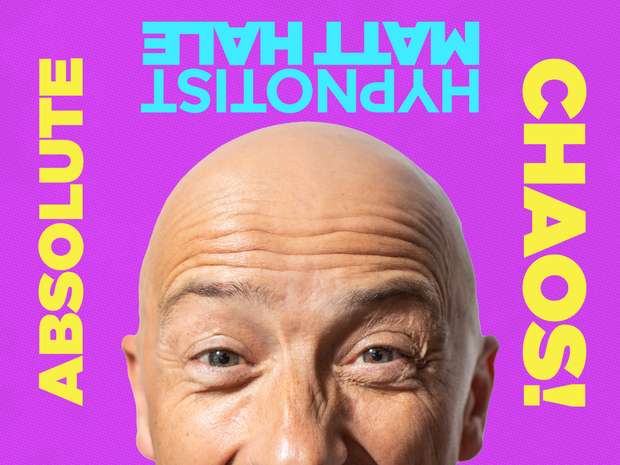